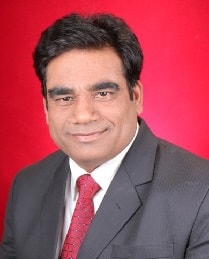 His area of specialization is electronic media, especially television programme production and reporting. He has written/ edited/ compiled more than one and half dozen books and two dozen research papers in the field of media and mass communication and contributed more than 200 articles in daily news papers and magazines. As an editor, he has been also bringing out the reputed media journal ‘Indian Media Studies Journal’. He has been awarded two major research projects – one from UGC and one from NCSTC, DST (Govt. of India).

Before joining VBS Purvanchal University, he has been in media profession as an active journalist with newspapers and TV channel in Delhi in the capacity of correspondent, associate editor and producer/ script writer since 1991.